The public theatre is one of the outstanding architectural buildings which characterize the cathedral square of Atri. In fact, its façade is opposite the cathedral of Santa Maria Assunta’s. 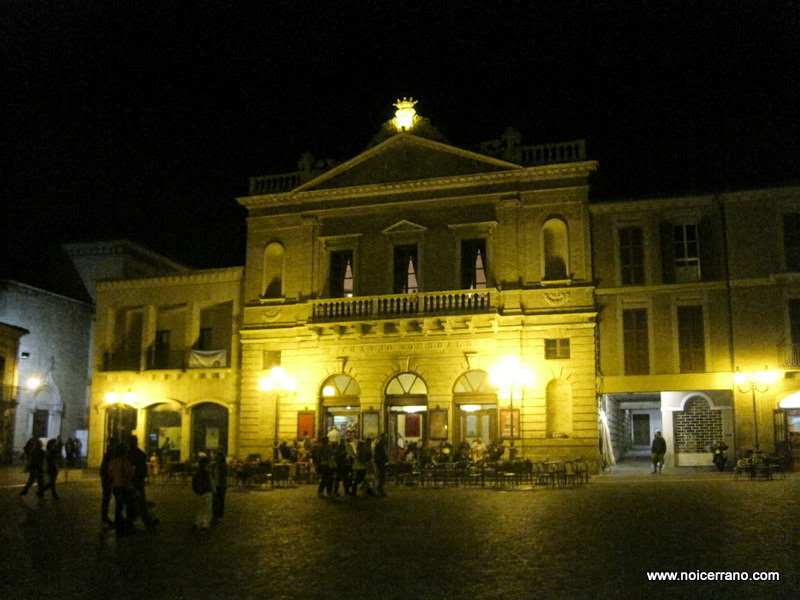 It is a neoclassical theatre, with overlapping stages and horseshoe-shaped plan, a typology spread over the 19th century on the model of the “Theatre alla Scala” in Milan (18th century). In effect, in that time the past examples of theatre construction were abandoned for several reasons: the change of the exhibition nature (for example the introduction of the Opera); the possibility to use the theatre as a dance party hall, a gambling house or just a sitting room; the possibility to take economic advantage of renting or selling boxes; the need for containing a greater number of audience members inside; the acoustic requirements (for this the “horseshoe” form). The strengthening of the middle-class gave a motivation to all this.

In Atri, after 1848, the canon A. Mambelli, a Mazzini’s patriot, was the first to be interested in the construction of a theatre that had a clear innovative, social and political function in that historical time: this is exemplified by the dispute between the common people, favourable, and the rulers, unfavourable. 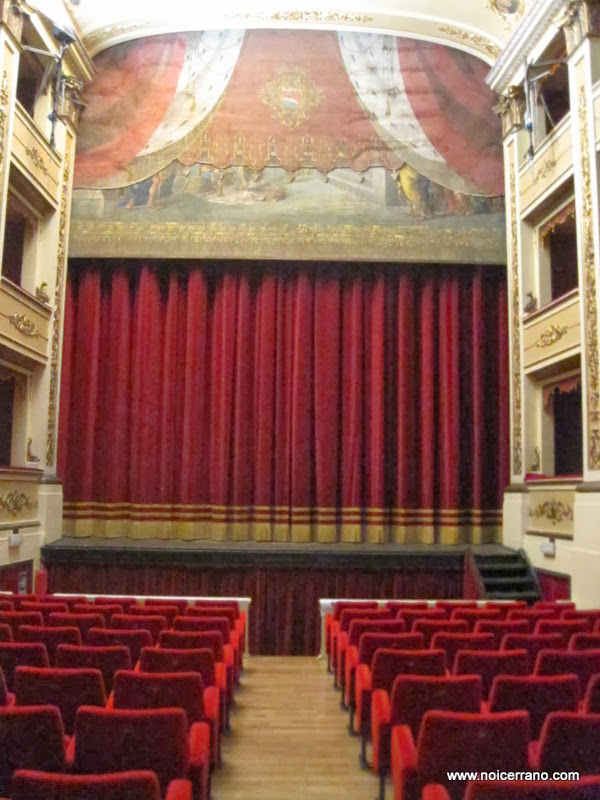 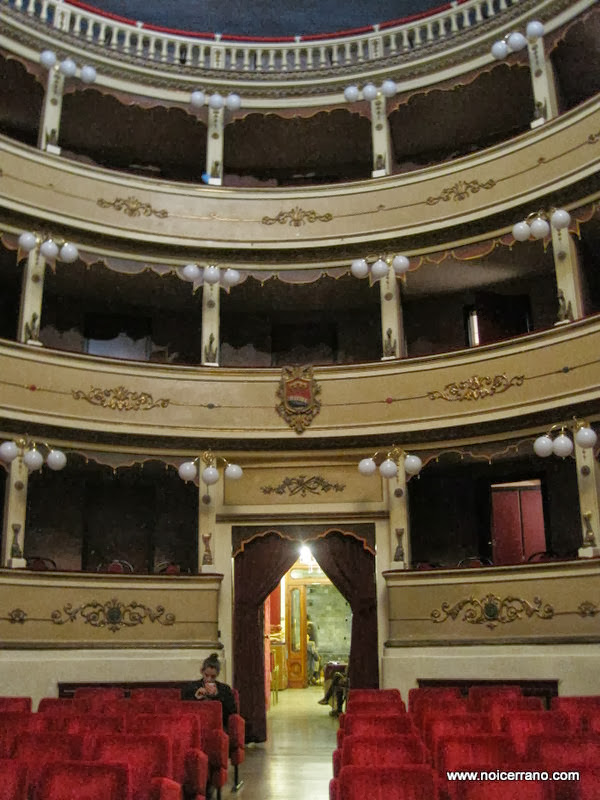 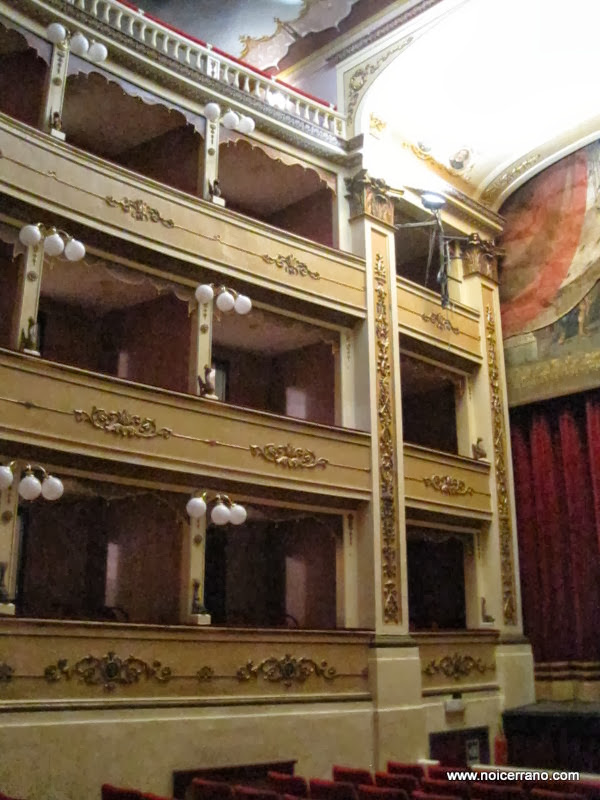 The project dates back to 1857 and was made by the engineer Niccolò Mezzucelli from Teramo. Some landowners, interested in the possession of a box in the future theatre, formed an appropriate “Theatre Company”. After several vicissitudes, works began in 1872, under the supervision of architect Francesco Consorti. An old prison was demolished in order to give place to the theatre. The opening occurred in 1881. 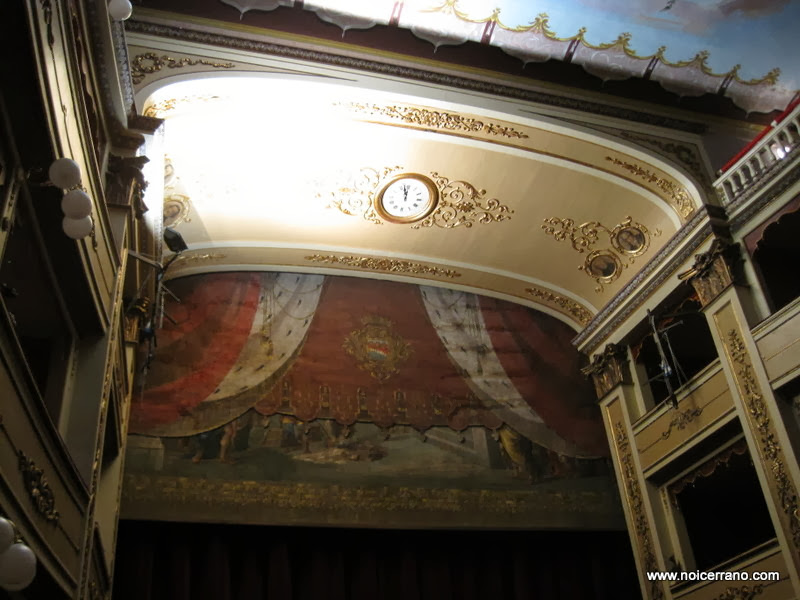 The theatre has a house of about 300 places and it looks so nice inside to be known as the “cozy room”. A fresco by Giustino Di Giacomo decorates the ceiling: it represents the muse Euterpe on a winged horse. Nowadays, many performances and cultural events are set there. It also houses a café open to the public at the ground floor.