The green toad (Bufotes lineatus, previously Bufo viridis) is an anuran toad (toads without tail). It has a light colour with greenish spots (from which its name comes), yellow iris with elliptical pupil and glands for cutaneous breathing more subparallel and long than the common toad (Bufo bufo). Usually the male green toad is 6-8 cm long, and the female is bigger, 8-10 cm. The species is strictly protected by the Berne Convention for the Protection of minor fauna and Annex IV of the Habitats Directive. Although not endangered, the toad is threatened by human activities such as pollution and the destruction of wetlands. Like other amphibians, it is a valuable biological indicator of water quality. In fact, breeding occurs in water. 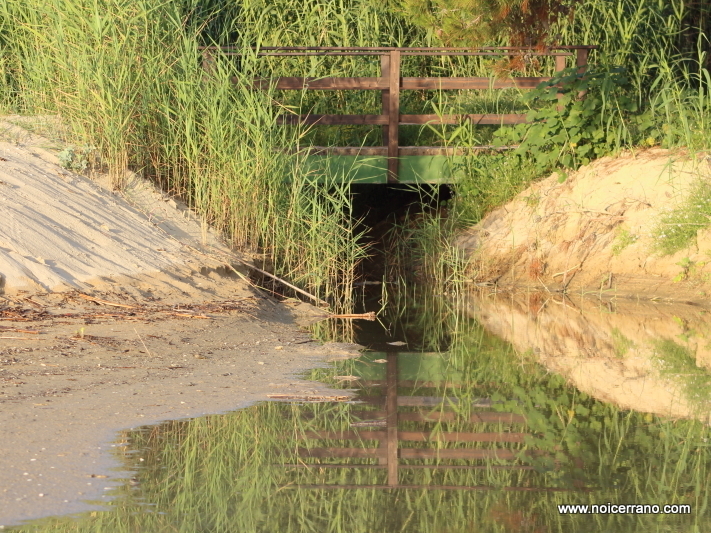 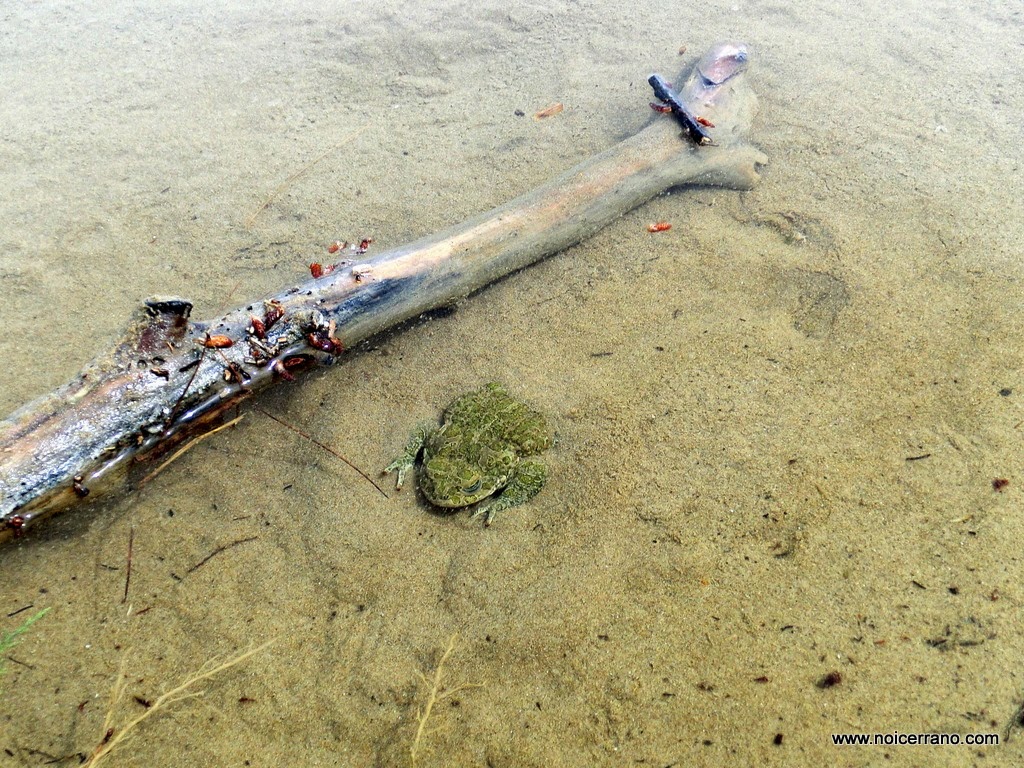 This is even more evident in spring (April-May) in the wetlands of the Torre del Cerrano Marine Protected Area, when males cling to the back of the females and fertilize the thousands of eggs that they lay in gelatinous strings adhering to aquatic vegetation and floating in the weak stream. The water temperature will determine the hatching rate and subsequent metamorphosis of the larvae (tadpoles) in small toads. Unlike other amphibians, green toad tadpoles tolerate high levels of salinity in the water – as evidenced by their presence just a few metres from the sea – are grey or brown and up to 4.5 cm long. In the summer, raising of temperature communicates to tadpoles the danger that the pool in which they swim and feed may dry. So the back legs at first and then the front ones appear. The digestive system gets transformed in the transition from an omnivorous diet to an insectivorous one. Within 1-2 days of fasting, with the absorption of the tail and the loss of the gills, the metamorphosis ends. One day from its transformation, the little green toad begins to feed on insects and other small invertebrates. 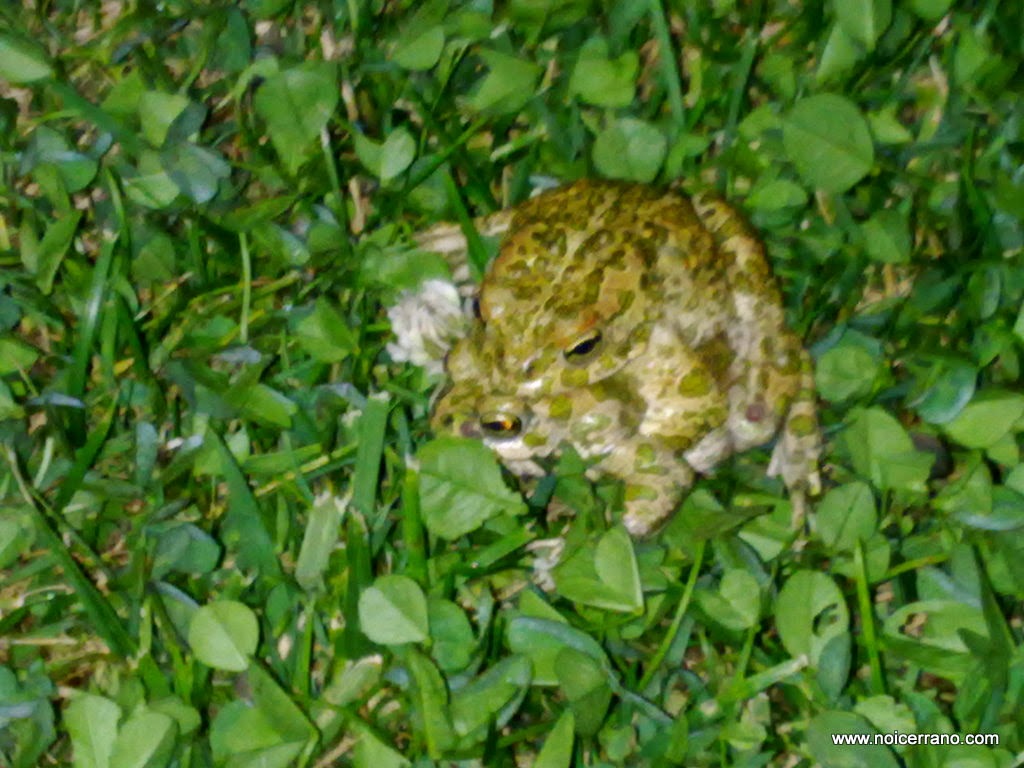 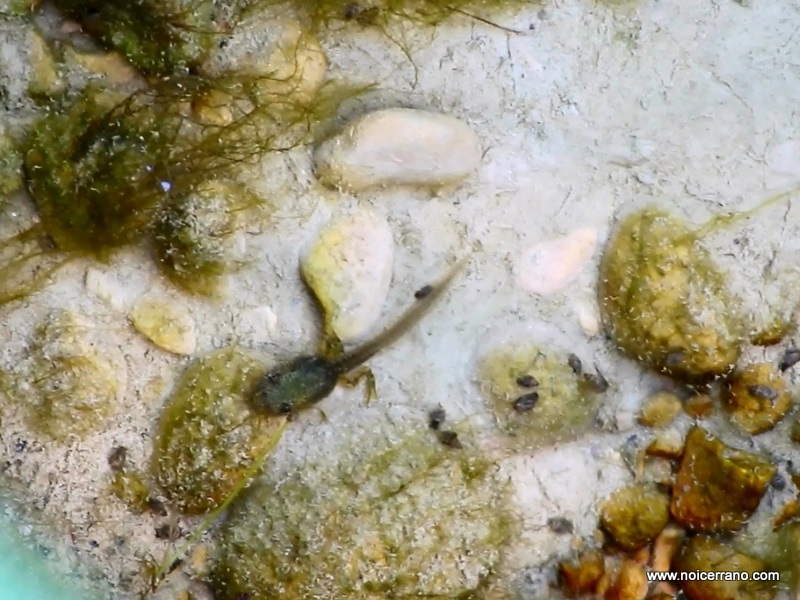 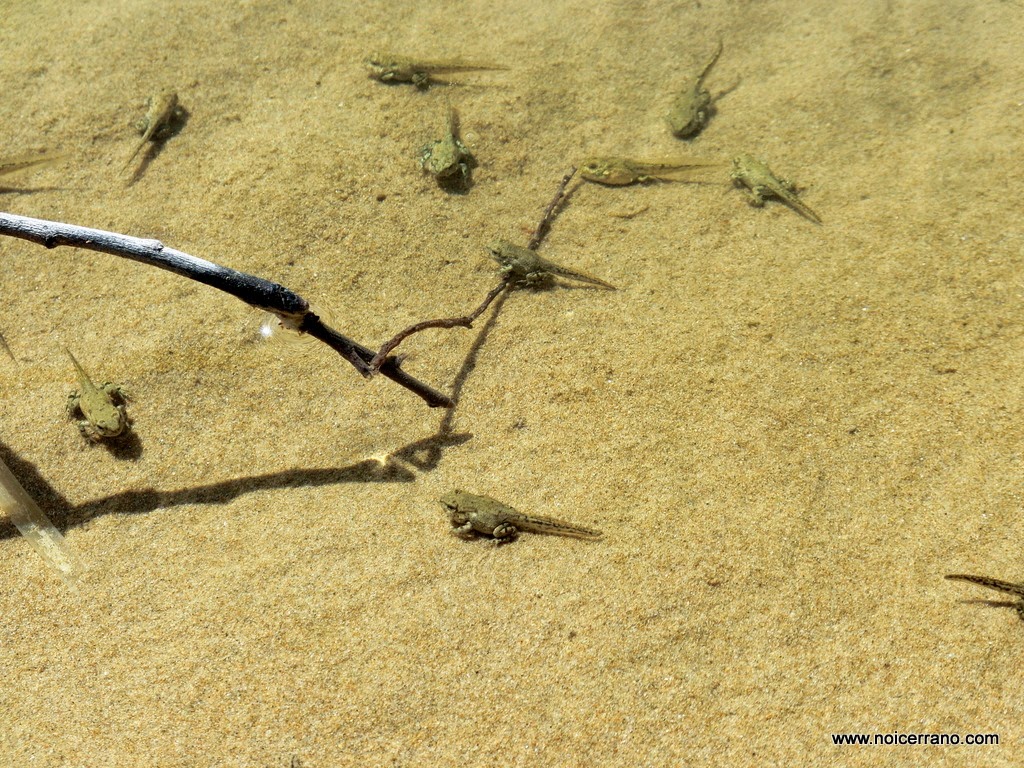 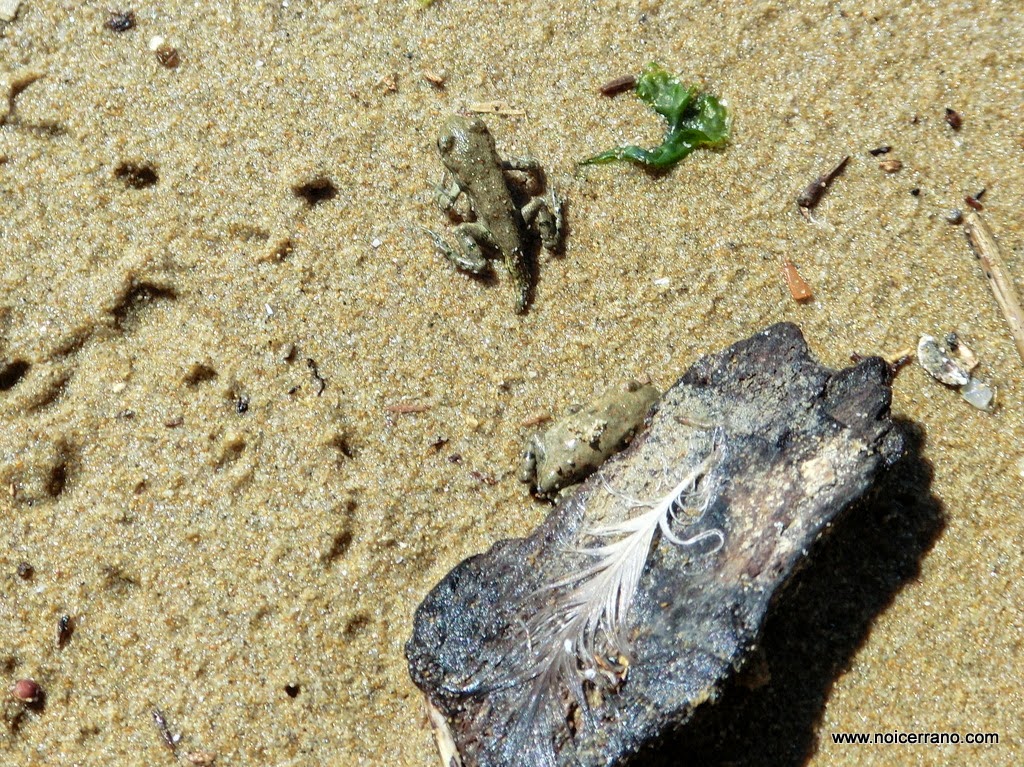 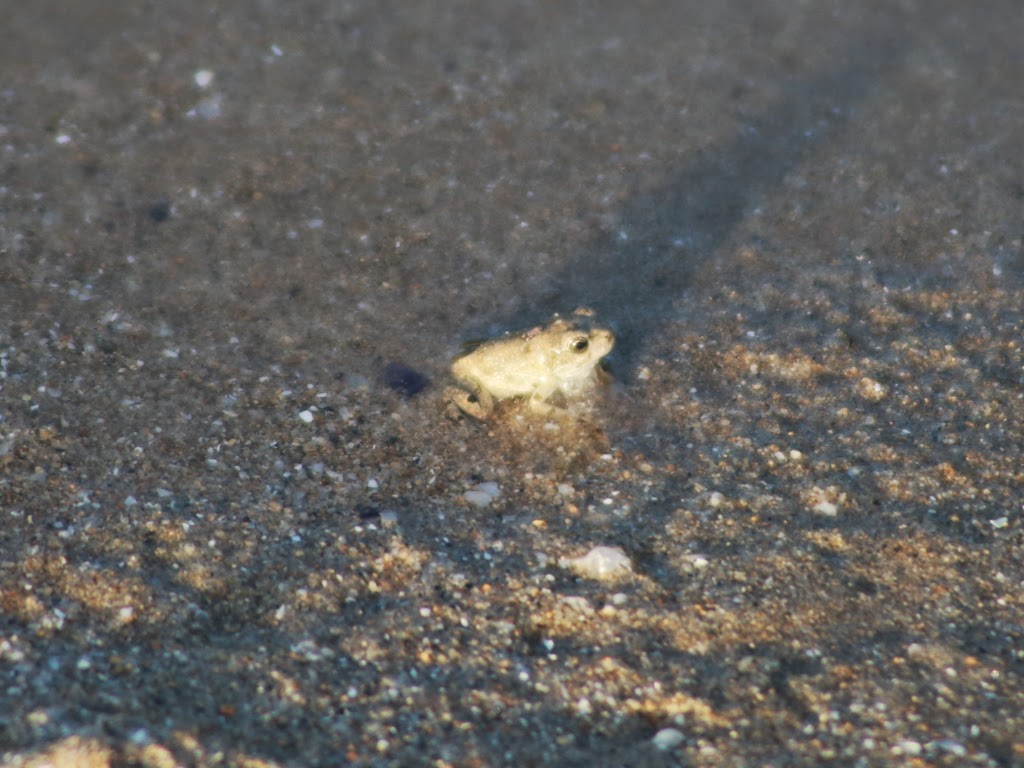 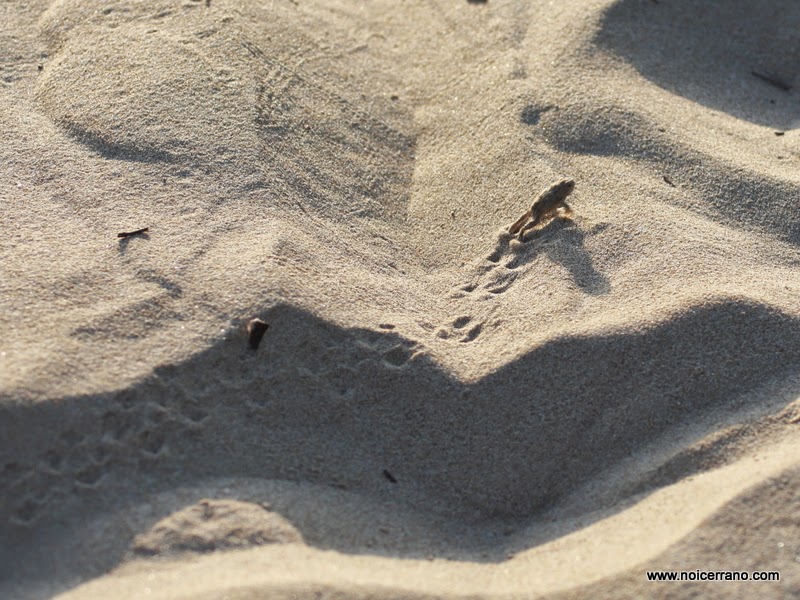 At the end of metamorphosis, it happens to see a myriad of small toads hopping on the beach, as they migrate from the small river, increasingly stagnant and dry, to the dunes and the land behind. Thus, the risk of becoming prey of snakes and birds or being killed by cars increases. In the Torre del Cerrano Marine Protected Area, this danger occurs in the lane that leads from the railway underpass to the Tower, where the wall of reinforced concrete on which the railway runs is a true ecological trap, while elsewhere the biological permeability is actually favoured by the small streams. This proves, once again, their immense ecological value to protect. 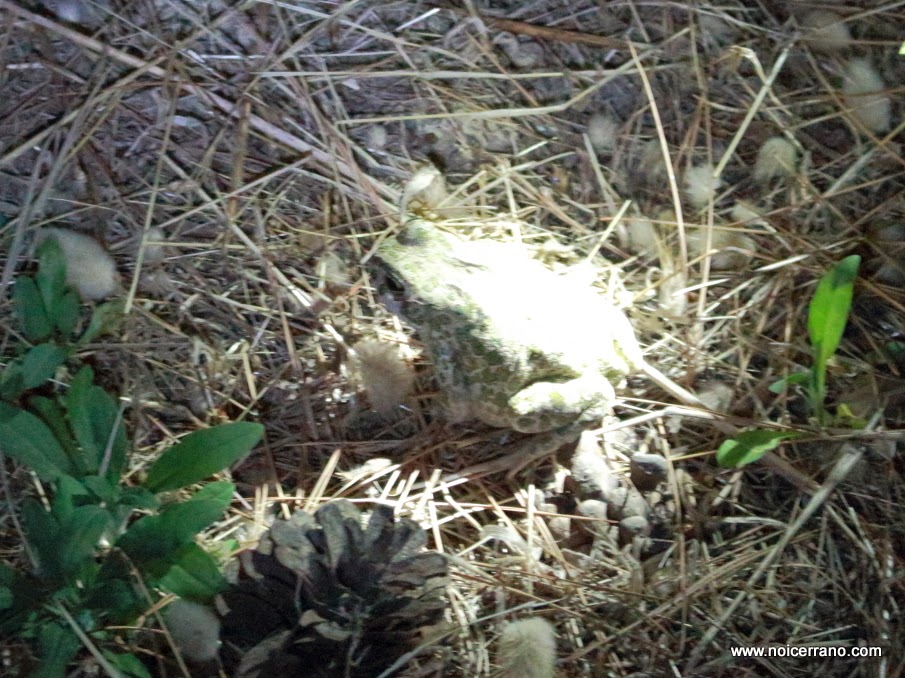