Part of the pine groves of Pineto and Silvi is made up of Aleppo pines (Pinus halepensis). They were planted in the last century. However, we can speak of a new planting only in regards to the stone pine (Pinus pinea), while the Aleppo pine was just planted again as it was already there in the past. In fact, the Aleppo species was already reported centuries ago: a 1592’s map of Abruzzo Ulteriore shows a “coastal forest” north of the Pescara river mouth up to the current Silvi Marina. In the second half of 1500’s the Dominican monk Serafino Razzi described it in this passage: “So the eyes were full of shrubs of mortella and wild pine trees that looked like festoons at the seaside”. The description of those pines recalls us today’s pine groves, with their twisted trunks and wavy crowns, bent to touch the sand dunes. 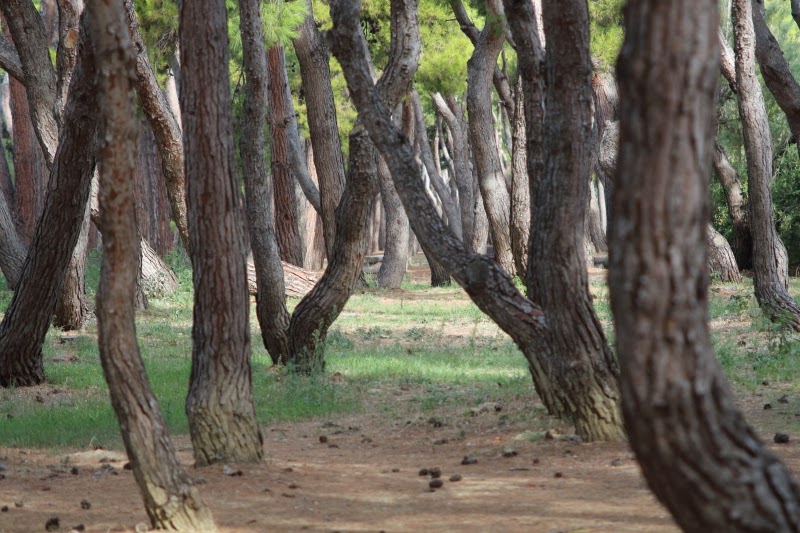 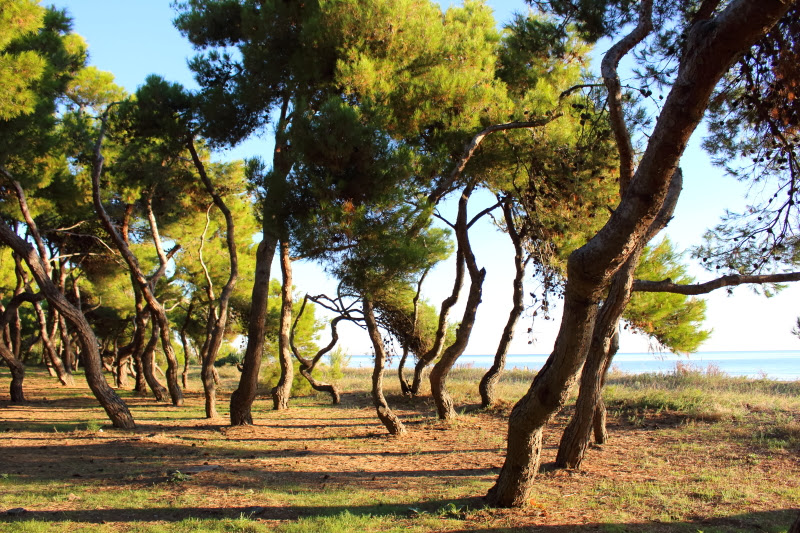 The species of “wild pine” characterizing the part of Abruzzo coast from Pescara to Cerrano area is called in local dialect “ciappini” or “zappini”, coming from the Latin word sapinus (pine). According to some evidence, the Pineta d’Avalos of Pescara (D’Annunzio Pine grove) is of natural origin, and so is a relic of the ancient forest.

Once some small shrubs such as Pistacia lentiscus and Myrtus communis (also called “mortella”) were as widespread as the Aleppo pine. Their leaves were even commercialized as well as the pine resin.