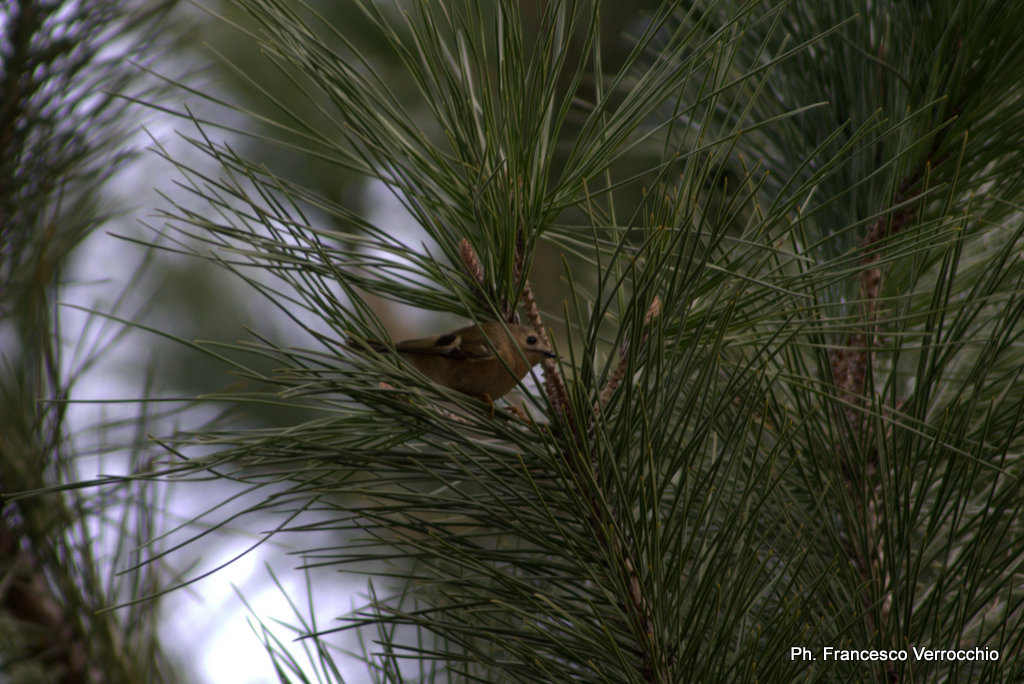 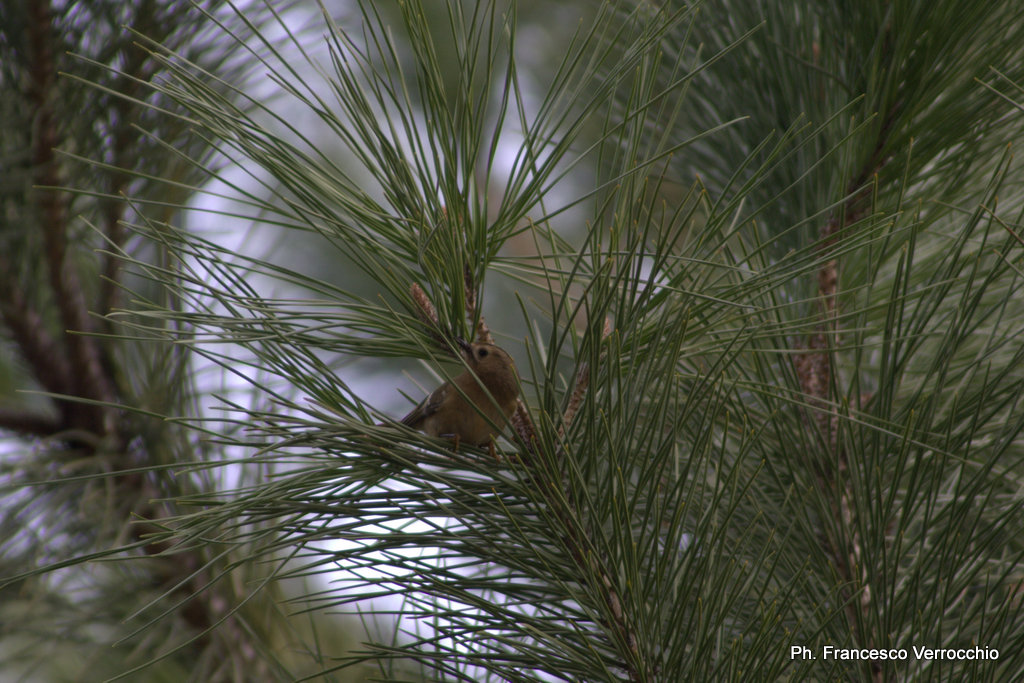 Few days ago, while I was walking in the pine grove with my camera, I saw a tiny bird. Its call was similar to zit-zit-zit. It was a common firecrest (Regulus ignicapilla), a small bird in the kinglet family. Since it is 9 cm long, it is considered one of the smallest passerines in Abruzzo. It is a very pretty and colourful insectivore, with little difference between the sexes. The male is slightly bigger and has a rising and more vibrant crest than the female.

The firecrest nests especially in conifer woodlands, where it builds hanging nests. It cannot be included in the endangered species due to its fecundity (15-25 eggs/year), but habitat loss can threaten this species. In nature, the Eurasian sparrowhawk is its major predator.

The presence of the common firecrest in the coastal pine grove demonstrates the importance of this environment for the conservation of wildlife.